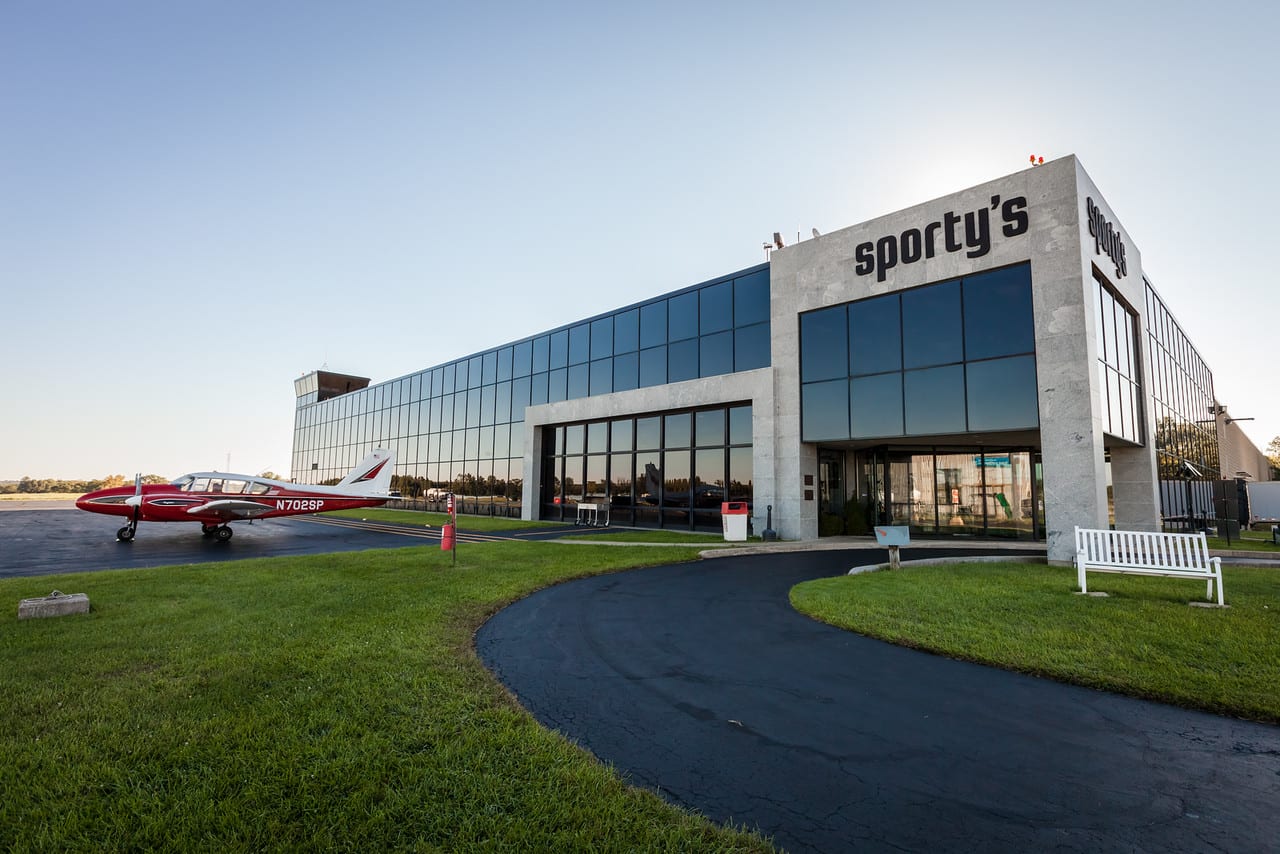 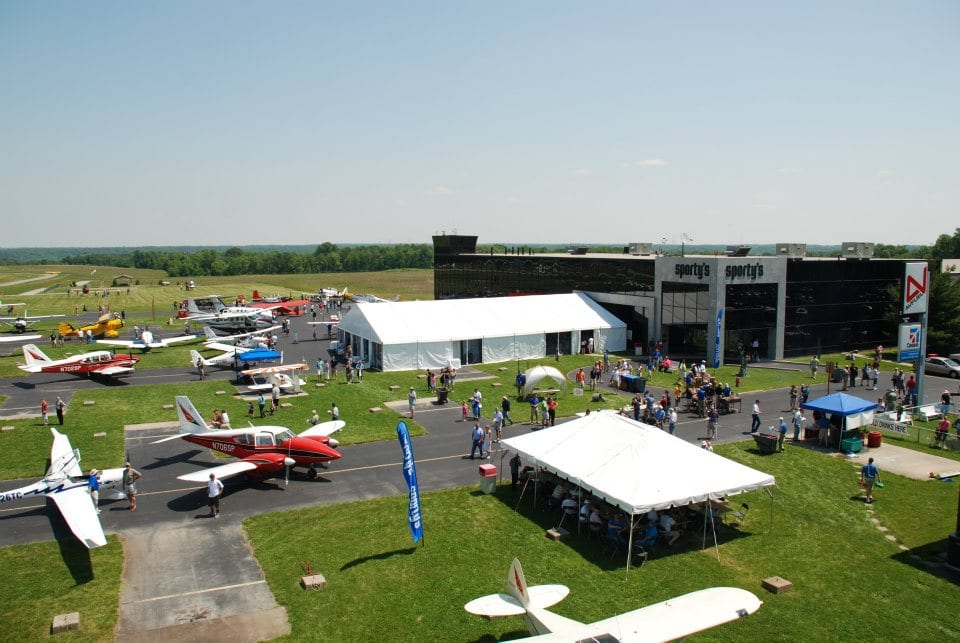 Originally based at a small retail location at Lunken Airport in Cincinnati, Sporty’s quickly grew and soon moved to a bigger location at Clermont County Airport – now Clermont County/Sporty’s Airport. In 1990, all operations were moved to an all-new building across the field where Sporty’s remains today (pictured on right).It’s clear that Hal was no ordinary flight instructor. In fact, he had pioneered, along with AOPA, the first three-day ground schools. It was this expertise that he brought to the founding of Sporty’s Academy in 1987 to produce videos and develop aviation courses and other instruction materials for pilots and their instructors. Hal often says, “First and foremost, Sporty’s is an educational institution.”In all of Sporty’s educational materials, the emphasis is always on real-world flying and shaping safe and savvy pilots, not simply pilots who can pass an FAA written. Today, Sporty’s Academy is an FAA-approved Part 141 flight school and provides flight training for hundreds of students a year, including international students. Sporty’s also manages the University of Cincinnati’s Professional Pilot Training program.  There’s good reason Clermont County Airport is called Sporty’s Airport. In addition to its corporate headquarters and flight school, Sporty’s also owns and manages Eastern Cincinnati Aviation, (ECA) the airport’s sole FBO.ECA is the Cessna Sales Team Authorized Representative (CSTAR) for Ohio, Kentucky, and West Virginia. ECA also maintains and manages all airport operations on behalf of Clermont County, from T-hangars to fuel service. Avionics installation and repairs are available on the airport through Sporty’s Cincinnati Avionics. 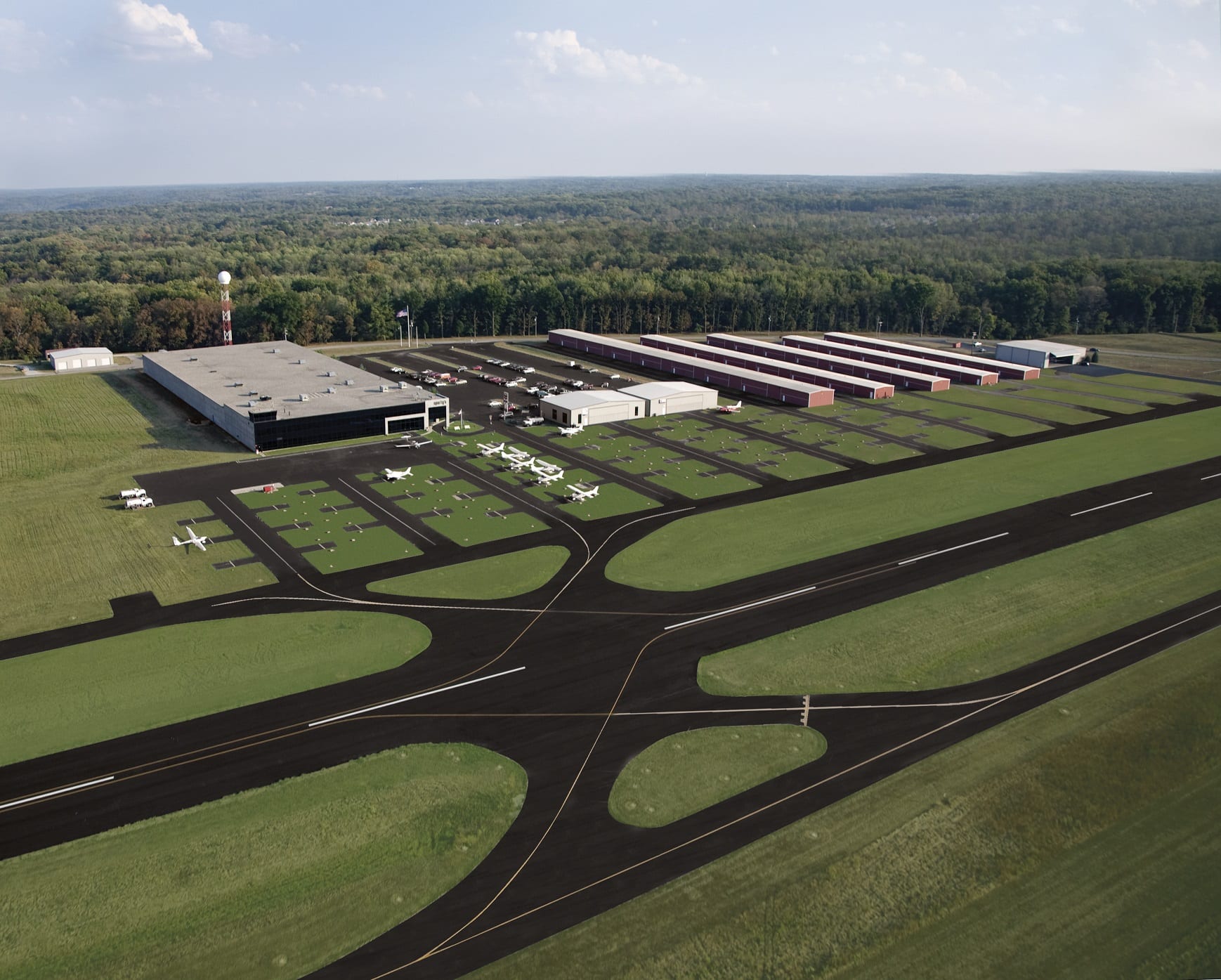 You may not realize that Sporty’s Pilot Shop isn’t the only catalog the company markets. Preferred Living and Sporty’s Tool Shop offer household décor and other items while Wright Bros. Collection, begun in 1993, features aviation-themed gifts for both pilots and aviation enthusiasts.Always evolving with the times, Sporty’s is proud to offer its entire library in multiple forms, including DVD, online streaming video, downloads and dedicated app. Sporty’s has also been a leader in aviation eBook publishing, both with original content and with aviation classics reissued for eBook readers. Most recently, Sporty’s has brought numerous mobile applications—apps—to market, from training apps to E6B flight computers.

In 2007, The Sporty’s Foundation was launched, formalizing Sporty’s long-running philanthropic efforts. The Foundation’s goal is to fund programs that educate young people on the excitement and life-enhancing potential of general aviation. Current programs include a major partnership with EAA’s Young Eagles program, scholarships for Aviation Explorers and much more.Did you ever want to live with your airplane? Clermont County/Sporty’s Airport is home to Sandy’s Airpark at Sporty’s, a gated, 13-acre residential airport community with wooded surroundings featuring common green space and access to a general aviation-friendly airport. In all, eleven homes with hangars will be built in this airpark.

Hal sums up Sporty’s corporate philosophy: “The focus of our business remains educational. We want to introduce the next generation of pilots to aviation.” President Michael Wolf adds, “Aviation is more than just a business for us—it’s our passion. Through our varied businesses, we want to make flying safer, easier and more fun.”

Today, Sporty’s is one of general aviation’s iconic brands. With corporate activities in every segment of light aircraft from training to pilot supplies to maintenance, Sporty’s has evolved from the “World’s Largest Pilot Shop” to “More Than A Pilot Shop.”

Want to join the discussion?
Feel free to contribute!

This site uses Akismet to reduce spam. Learn how your comment data is processed.